Private accommodation for your overnight stay in Koblenz

Koblenz, one of the oldest and most beautiful German cities, offers 2000 years of history, rich culture, abundant entertainment and culinary pleasures to the visitor. 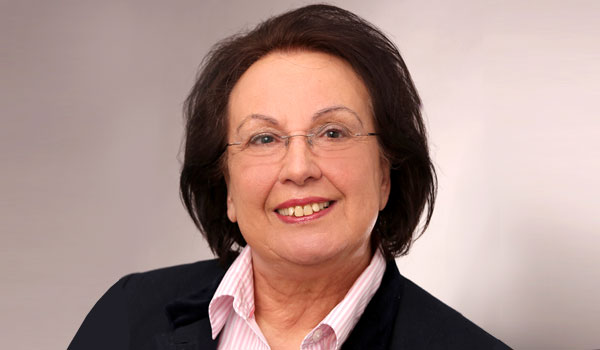 Prices can vary depending on length of stay and season. Please ask the local agency for a concrete offer.

Located in northern Rhineland-Palatinate and surrounded by the four low mountain ranges Eifel, Hunsrück, Westerwald and Taunus, the city of Koblenz is a gem of the World Heritage Site Upper Middle Rhine Valley. Numerous churches, castles, former gentry yards and stately middle-class houses testify to the significant history of Koblenz. Visitors from all over the world are elated by its narrow alleys, romantic corners and enchanting squares. Today, Koblenz is the economic and cultural major centre on the Middle Rhine and thus the hub of international tourism.

The best starting point for a walk through downtown Koblenz is the world-famous Deutsche Eck at the confluence of Moselle and Rhine rivers. The place owes its name to the Teutonic Order which settled here in 1216. A short tour should by all means include the equestrian statue of Kaiser Wilhelm and the Deutschherrenhaus which hosts the Ludwig Museum. This is a real must for anyone interested in contemporary French art. It is by the museum’s very orientation towards French contemporary art that the Ludwig Museum stops an important gap in the German museum scene.

After a relaxing break in one of the many nice street cafés we recommend visiting the nearby Basilica St. Kastor where Ludwig the Pious negotiated the division of the Franconian Empire in 842. On Münzplatz you drop on Haus Metternich where Prince Metternich was born in 1773. Not to be missed of course are the Liebfrauenkirche in late Romanesque style, the town hall, the elector’s castle built in classicistic style, and the Kaiserin-Augusta-Anlagen, one of the most beautiful river walkways along the Rhine. After crossing the Rhine you reach the imposing fortress Ehrenbreitenstein which was built by the Elector of Trier. Here, from the height of 118 m, you are rewarded with a breathtaking view on 2000 years of history.

If you are interested in paying a worthwhile visit to a museum you can choose between the Ludwig Museum in the Deutschherrenhaus at the Deutsche Eck which introduces you to contemporary French art, and the Mittelrhein-Museum Koblenz presenting Roman discoveries, sculptures and paintings from the 12th to the 16th centuries.

Music lovers from all over the world have been enthused by this festival ever since its formation in 2001. Every year in July and August, world stars as well as young and regional talents delight their audience with outstanding performances, the musical scope ranging from jazz to classical music. The shows take place at unique venues in the romantic Rhine valley between Koblenz and Bingen and thus every concert is turned into a singular event.

But of course the Koblenzers like partying, too, and they don’t miss any opportunity to enjoy the first-class wine of the Moselle and Rhine region themselves and to offer it to the foreigner.

Besides the many exquisite wine bars and restaurants, the traditional old town celebration in June provides facilities for both human and culinary encounters.

All the squares and alleys are buzzing with music, diverse entertainment and delicacies of all sorts then. Also extremely interesting and entertaining is the well-known Koblenz Schängelmarkt (annually in September) which has, over the years, developed into the biggest public and market festival in northern Rhineland-Palatinate. Once again this year, the traditional crafts celebration and the artisan market will take place together with the Schängelmarkt. So, with the arrival of the international Gaukler- und Kleinkunstfestival (tumblers’ and cabaret festival), Koblenz turns into a fantastic jumbler’s tent, complete with countless artistic contributions by international jumblers, artists, jugglers and clowns, by the end of July. Certainly one absolute highlight of the year is the event Rhein in Flammen (Rhine in Flames). Every year in August, the longest European ship parade is on its way between Speyer and Koblenz, on a route of 17 kilometers.

About 80 ships glide along picturesque Rhine villages, romantic towers and gorgeous castles on the river then, and the parade, which is accompanied by eight fireworks, ends with a final fireworks display above the fortress Ehrenbreitstein in Koblenz.

It is not only the central city of Koblenz, however, which enthralls the visitor with its cultural highlights but the region, too, by its towers and castles, delights everyone who is interested in history.

A particularly rewarding excursion is the visit of the Stolzenfeld castle which is situated about 5 km south of the town centre on the Rhine above the district of the same name, Stolzenfels. Built in 1250, destroyed in 1688, and rebuilt in the 19th century, it is an outstanding example of 19th century’s home decor, the collection of armours and weapons being particularly remarkable.

I am looking forward to your visit!