Private accommodation for your overnight stay in Berlin

Business travellers and tourists are in good hands when staying in Berlin. The enormous range of cultural attractions in Berlin can be overwhelming; our hosts will gladly provide you with helpful tips and information. Many rooms offer a separate kitchen area for self catering. Holiday flats feature a private bathroom and own kitchen, meeting the requirements of families or travelling technicians.

No matter if you're right in the middle of it, going from Alexanderplatz to Zoological Garden, or out in the sticks in beautiful countryparks, forests or on the waterfront - you will always discover your very personal Berlin. This ever changing city surely holds some surprises in store for you. Come and see, each time you visit. 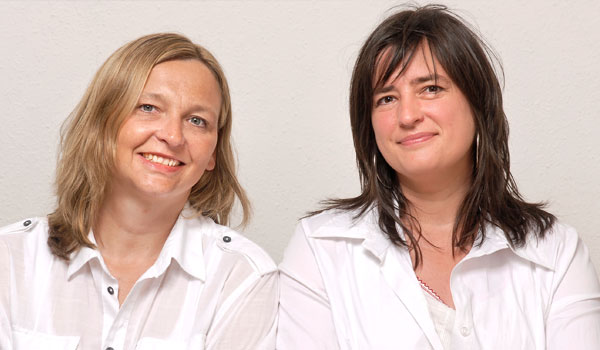 Prices can vary depending on length of stay and season. Please ask the local agency for a concrete offer.

quiet family flat with use of garden in quiet area ● Apartment (70 qm) in Berlin-Lichterfelde-Ost ● outskirts of city ● very quiet area with single-houses ● 3 room/s ● in…
from 130,- €
per night / 6 Guests
Details

Of course, a sightseeing tour would be perfect for a first exploration of the city. But why don't you just hop on a number 100 bus and look at the most important sights from the upper deck of the double-decker? On its way from the Zoo in the west and the Alex in the east one Berlin celebrity is followed by another: the Gedächtniskirche (Kaiser-Wilhelm-Memorial Church), the Siegessäule (Victory Column) in Berlin's largest inner-city park, the Tiergarten, the Haus der Kulturen der Welt and the Brandenburg Gate. Then there is the Museumsinsel (Museum's Island) and the Television Tower, just to name but a few. While watching and being staggered, you can comfortably choose what to have a closer look at later. Or perhaps you want to get off on the spot, visit one of Germany's biggest aquariums, stroll through the Embassy District in the Tiergarten for a bit - you can also stop for a bite to eat at the picturesquely situated Café am Neuen See, or you could watch a plenary meeting at the Reichstag building.

After all that - for of course, you have bravely walked up and down the Potsdamer Platz, too - it would be just the right thing to have some peace and take a deep breath. So off you are into the great outdoors. Berlin's large forests and diverse parklands don't just render it one of the greenest cities in Germany but there are so many lakes and waterways to be found that we would like to recommend two of our favourite boat trips very warmly to you:

Passing by magnificent country parks and castles, the Seven Lakes round trip takes you out of town into the direction of Potsdam, starting at Wannsee. You may even want to disembark, for example at the Glienicke Bridge, go for a walk in Babelsberg Park straight into Prussia's Arcadia, and take another boat back later.

The excursion on the river Spree on the other hand, starts at Treptow Park and takes you eastward. You will see the Plänterwald forest, industrial monuments and Köpenick's old town (yes, the place with the captain from the famous story) on your way to the Müggelsee. This is Berlin's largest lake, offering a great view of the 115 m high Große Müggelberg, the city's highest natural elevation.

Returning from your trip, which feels more like a real journey, you will be completely relaxed and ready to take in the big city atmosphere and throw yourself into it again. Study one of the city magazines to select, from all the offers, the best thing for you to do next.

Or did you take a liking to looking at things from a different angle? Then there is just one thing: See Berlin from above. Apart from the classics like the Reichstag Dome (by the way, booking a table at the rooftop restaurant will help you to bypass the long waiting queues), and of course the highest lookout point, the 368 m high Television Tower on Alexanderplatz, there is a lot more. Why don't you stand on the Kreuzberg Monument Bridge and get a picture of the Potsdamer Platz from there, look down on the Gendarmenmarkt, maybe the most beautiful square in Berlin, from the dome of the French Cathedral. Or you click glasses on the sunset on the 17th floor of the Solar Bar. - Whatever you choose: the city will always look different to you.

And what about your physical well-being? Don't worry, between snack bars and gourmet restaurants there are all the culinary worlds of international cuisines - just as may be expected from a metropolis with inhabitants coming from about 190 countries. Do you feel like eating Afghan or Vietnamese specialties? No doubt, you will find them in Mitte, Charlottenburg or Prenzlauer Berg, and probably even just round the corner from where your b&b host lives. By the way: competing for the best Curry Sausage in town, both Konnopke's Imbiss in Prenzl'berg borough and Curry 36 in Kreuzberg are said to be the places to go. Then again seven out of Berlin's ten (!) star chefs work in Mitte.

These districts are also perfect for turning night into day, the most recent hip district being where Kreuzberg and Neukölln join up. But of course the same truth applies here, too: Nothing ever stays the same in Berlin...